Amherst Mayor David Kogon has proclaimed Sept. 23-Sept. 29, 2019, as Right to Know Week in the Town of Amherst.

“Access to information is critical to democracies around the world because having that access enables citizens to actively engage in a meaningful way in the democratic process,” Kogon said as he signed the proclamation on Sept. 18, 2019.

“The principles of openness, transparency and accountability have been one of the main philosophies by which the town operates, not only for the current council but for many 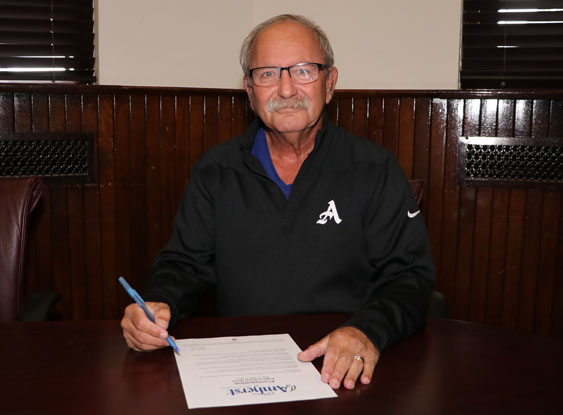 previous councils as well, and it will be a driving factor for how this municipalities operates well into the future.”

The proclamation notes the Municipal Government Act gives citizens the right of access to information that is in the custody or under the control of the Town of Amherst and that right of access facilitates informed public participation in policy formulation, ensures fairness in government decision making and permits the airing and reconciliation of divergent views.

It also notes that Amherst is joining many other Canadian jurisdictions and democracies worldwide in acknowledging international Right to Know Week, which according to a Nova Scotia Office of the Information & Privacy Commissioner webpage had its start 17 years ago when a meeting of international access advocates in Sofia, Bulgaria, proposed that Sept. 28 be declared International Right to Know Day as a way to promote access to information worldwide.

The site states Right to Know Day is now celebrated in more than 40 nations and more than 80 counties have adopted access to information legislation.

This is the 14th year that Canadians have celebrated international Right to Know Week, the website states.