Mayor David Kogon has declared the month of September Prostate Cancer Awareness Month in the Town of Amherst.

“The town wants to help reduce that figure. That is why we’re fully supporting Prostate Cancer Canada’s attempts to raise awareness of this disease. By raising awareness, we 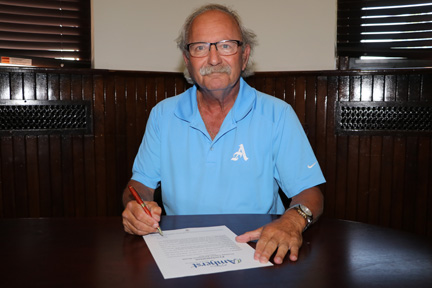 hope it will lead to more screening and the early detection that saves lives.”

Data provided by Prostate Cancer Canada indicates one in seven Canadian men will be diagnosed with the disease and while the survival rate is nearly 100 per cent when there is early detection, three out of four men will die if the cancer is found late.

According to the organization’s website, men over the age of 50, black men and those with a family history of the disease are at a greater risk of getting prostate cancer. Signs and symptoms include difficulty urinating, the urgent need to urinate, frequent urination - especially at night, burning or pain when urinating, the inability to urinate and/or difficulty in starting or stopping urine flow. Other signs include painful ejaculation and blood in the urine or seamen.

The site indicates early detection is important and the PSA test is often the first test used in the detection of prostate cancer. Other tests can include a digital rectum exam, a biopsy and a MRI.

Treatment, according to the website, can include active surveillance, radical prostatectomy, radiation therapy, hormone therapy and chemotherapy. The treatment an individual will be determined following a discussion with the individual’s healthcare team.