AMHERST, Nova Scotia – This week’s skiff of snow reminded us that winter is coming, and so are the town’s winter parking regulations.

The regulations prohibit parking on any street or highway within the town’s boundaries between midnight and 7 a.m. from Nov. 15 until April 15. They also require vehicles be moved off of those same streets and highways any time snow or ice-clearing operations are underway. 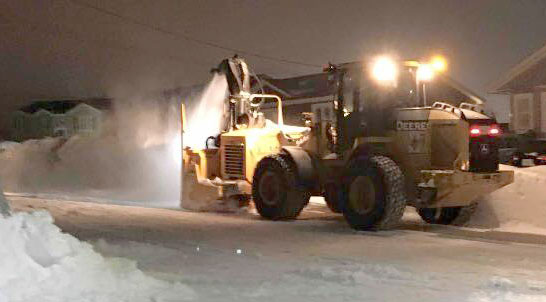 Noting that snow accumulates around parked vehicles, Pike said the combination of snow and a parked vehicle can prevent a road from being plowed, making it impassable, which could have negative consequences in an emergency.

“We want to make sure ambulances as well as police and fire vehicles can get through during storms,” the deputy chief said. “We also want to prevent accidents that can occur when snow builds up around a parked car.”

Providing fewer “headaches” for snowplow operators is another reason the regulation is implemented annually, Pike said.

Those who violate the bylaw are subject to a $50 fine and vehicles can be towed. However, police try to avoid doing either.

“When a storm is coming, we usually patrol the streets and try to contact the owners to ask them to get their vehicles off the streets,” Pike said. “We do that even during storms if it’s possible. But when it isn’t, we may issue a ticket, and we may have the vehicle towed so the plows can do their job.

“We’d much prefer that people voluntarily take their vehicles of the streets during snowstorms so that everyone - snow-plow operators, police, firefighters and our citizens - remains safe.”