Noting that Gaels, through their language and culture, have played an important part in Nova Scotia`s rich history, Mayor David Kogon declared May to be Gaelic Nova Scotia Month in the Town of Amherst.

“It’s important that we recognize all of the diverse cultures that have contributed to the province and to this community,” Kogon said in making the declaration.

“Throughout its history Gaels have had a positive social and economic impact on the province. They have also helped to demonstrate how cultural diversity is the foundation upon which we build our communities.”

Flags flown by the Town of Amherst were lowered to half-mast on April 27 in recognition of the National Day of Mourning.

A small ceremony was held at 3:30 p.m. at the Amherst police station where SSgt. Scott White lowered the Canadian Flag to mark the solemn occasion.

The National Day of Mourning is held annually on April 28. It is dedicated to remembering those who suffered work-related illnesses, lost their lives or were injured on the job. 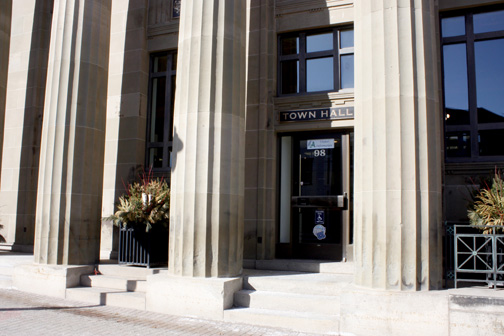 The Town of Amherst’s recreation staff has been instructed to look into the possibility of using Blair Lake for some recreation activities.

The staff was directed by council to conduct the study during Amherst town council’s April 23 committee of the whole meeting. It will look into what is needed to use a town-owned lakefront property for activities such as canoeing, kayaking and stand-up paddle boarding. 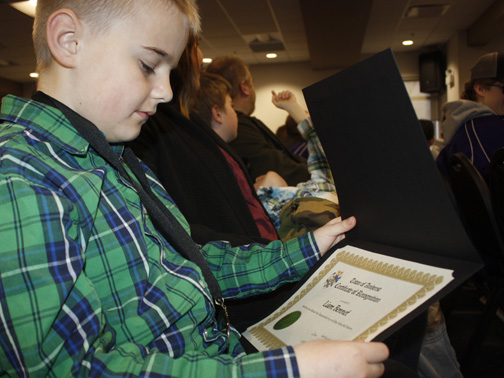 Five teams and 24 individuals were honoured by the Town of Amherst during an April 18 Athletic Achievers Award Ceremony.

Those recognized achieved a gold medal performance at the provincial or higher level of competition.

Noting the town was recently identified at an international symposium as a vibrant community, Mayor Kogon said the athletes’ success at the provincial or higher level was “a step beyond being vibrant and active. This is now success.”